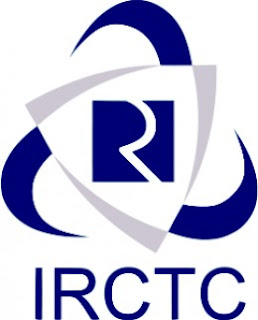 Majority of the people in India is depending on trains for internal long distance journey. So booking tickets for trains is common in every Indian's day to day life. But the confusing part about Indian railways is its ticket booking system. There are many different types of trains with different types of coaches, each with various pricing scheme. In these trains itself there are various kinds of quotas and special reservations. So the entire seat allocation of Indian railways is little bit confusing.

When you are booking a ticket in Indian railways, your ticket can come in any of the many categories like confirmed, RAC, WL, CKWL etc. How these statuses are coming and what are the meaning of these is the topic of discussion here.

Once the booking for a train has started, first booking will start for all seats. The status of these ticket will be confirmed.

Once all seats are over, still booking will continue, but this time the status of the tickets will be RAC(Reservation against cancellation) . All those people who are holding RAC ticket can travel in the train. But they may have to share the seat with one more fellow. Because in RAC, same seat will be allotted for two people. As these are sleeper seats, there will be enough seat for two persons to sit. Usually most of the RAC ticket will become confirmed, once the journey is started, because ticket examiner is supposed to give the confirmed seats of persons who are not traveling to RAC holders. RAC booking will continue to some additional 90 seats. Usually these seats will be side seats (side upper or side lower).

Even if the additional 90 seats of RAC also over, ticket booking process will not stop. Booking will continue as waiting listed tickets. For the waiting list tickets the limit is nearly 300. After that booking will stop for the train. Out of these waiting lists there is  a large number of  confusing varieties. Different types of waiting list are,

This is the normal waiting list. If it is shown like WL30, that means there are 29 waiting people before you to get at least an RAC ticket. Sometimes it will show like WL84/WL50, this means when booked the status was 84, but now you are at 50th position. ie only 49 more people waiting in front of you. Rarely this waiting list will be mentioned as GNWL also, which is general waiting list.

These are Pooled quota waiting list. Region wise some trains will be sharing some pooled quota. Usually these, quota is possessed by small stations in the middle of the travel route of main trains. As they will not come in the main quota of starting point people, this quota is necessary for giving some waiting list preference to the people from the middle small stations. In short these seats are aimed at travelers boarding or unboarding from intermediate stations. Confirmation chance for these seats is also less as it is a very small quota.

This is called Remote Location waiting list. RLWL is aimed for the travelers from non starting main stops like main cities or metros to small stops before terminating stop. Unless these people are included with separate quota, a large number of people boarding from intermediate cities will not be considered equally. Waiting list confirmation chance for these waiting lists depends on the cancellation of tickets booked in these quota.

In addition to these there are some other quotas created to help travelers from all categories. It includes RQWL, Ladies quota, Foreign tourist quota, Emergency quota, against all of these there will be waiting lists also.

If you want to read more about waiting lists read on,